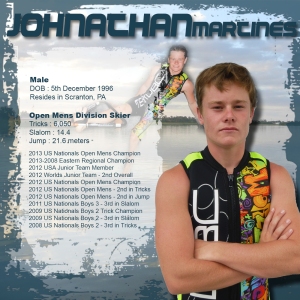 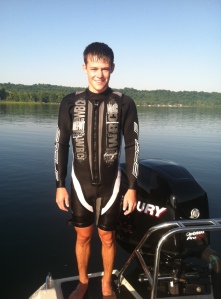 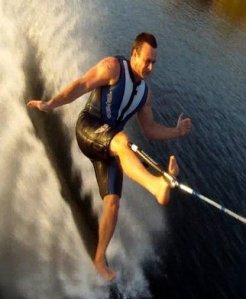 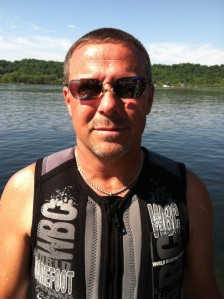 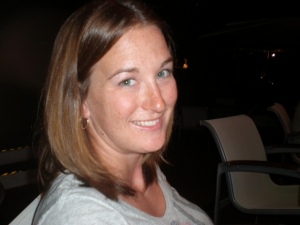 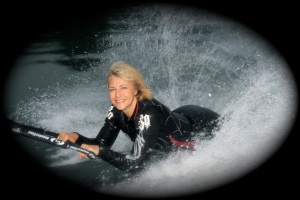 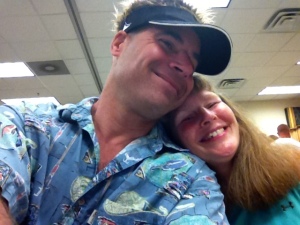 Born in 1961 and now lives in Ashland New Hampshire. He learned to ski at age 5 and started barefooting with a ski belt at 12. Lessons started for him in 1988. His first tournament was the Neversink 9 Barefoot tournament in New Jersey as a novice. He competed in the Vermont Barefoot Blasts from 1994 through 1998 with a Men’s 2 first place in tricks as his highlight. Don took more then a decade off from competing due to back problems and returned in 2010 to the tournament scene. Don and his wife Arlene host a weekly adaptive water ski clinic on Squam Lake for people with challenges and have hosted the wounded warrior water ski event for the last several years. In 2011 Malibu boats built a 2006 style Response Barefoot Edition for Don which is being used in tournaments this summer. He usually has his Golden Retriever, “Tracker” by his side. His first dog, Rex performed with him for many years in the Abanakee Water Ski Show on Lake Winnepesaukee, New Hampshire. Don was the barefoot act and Rex rode separately in a tube. 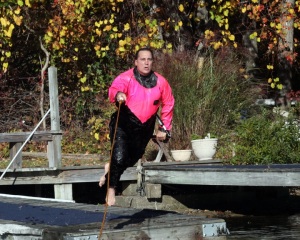 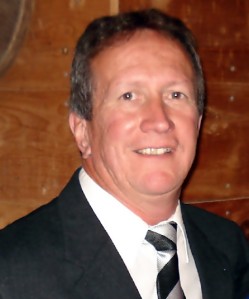 Colchester, VT
54 Years Young
Married for 28 1/2 years
My wife Laurie supports all we ever do 100%
I have 2 children (Ashley 24 and Jordan 21)
Both love water sports, soccer and moto-cross
I live in Have resided there for 26 years
Built my own house
I have worked at IBM in Essex Jct., VT for 34 years
Technical specialist
Several inventions to my credit
Always a challenge and never a dull moment

Barefooting Experience:
Learned to water-ski at the age of 7 years old
I learned to barefoot at the age of 15 years old
I started traditional tournament skiing in 1975
I started barefoot tournament skiing in 1978
Local endurance combined with starts
Helped develop the Green Mountain Water-ski Club 1978 – 1998
Performed traveling shows and promoted water sports around New England
Ran 4 local tournaments annually
Helped setup countless tournaments for other areas
Taught countless people to barefoot across New England
Organized Vermont’s first 3 event barefoot tournament, 1980 ish
Attended my first National Championships in 1986
Have been to every one since then
Received my first National skiing medal in 1995 ish
Have earned two total U.S. Nationals
Received my first National’s official appointment in 1995
Became a Senior judge in 2001
Became a Level 1 judge in 2002
Received my first World appointment in 2002
Have been appointed to 2003, 2004, 2005, 2006, 2008, 2010 and 2012 worlds.
Served as the ACJ for the 2008 World Championships
Served as CJ for the 2010 World Championships
CJ of 2007 and 2008 Nationals
Served 5 terms as an ABC BOD member in the 1990’s
Served two terms as East region Executive Director
Have been a member on the US Team Selection committee for 9 years
US Nationals Record Committee Chairman
Current ABC President
Currently in my second term
Served 2 years as ABC VP (2007 & 2008)
Current PanAm Council member
Current WBC council member for PA confederation
Current WBC Officials Committee Chair 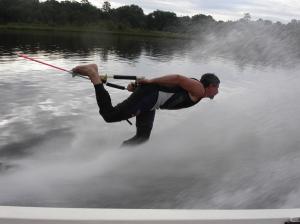 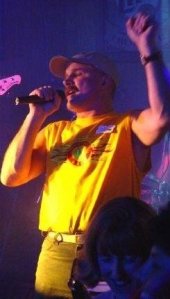 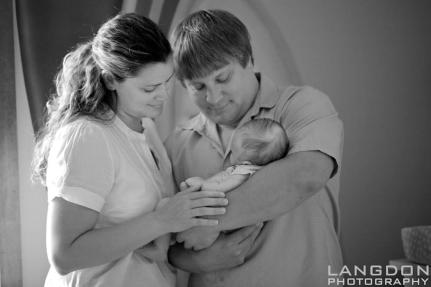 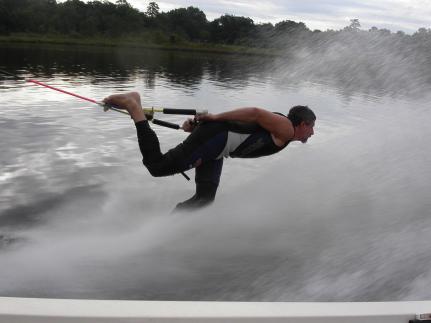 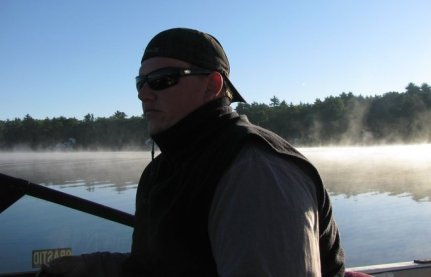 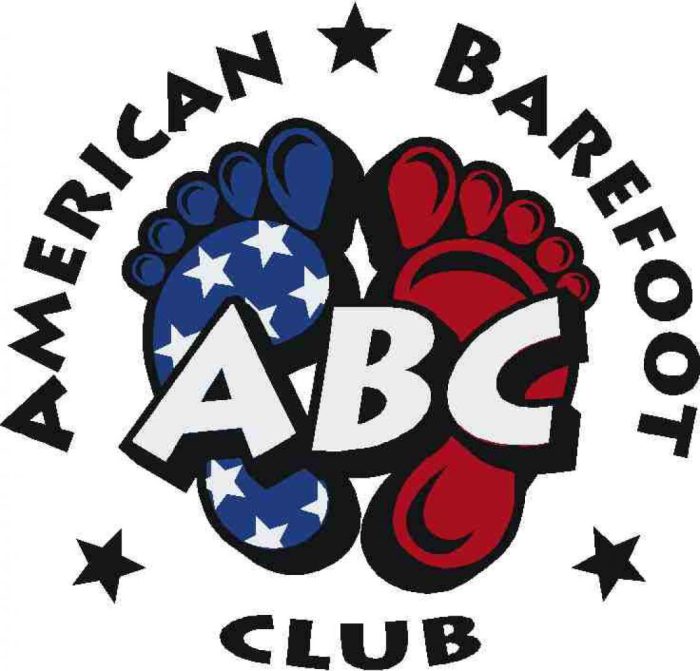